During a working meeting at UNESCO, Paris, in September 2005 all participants were convinced that in Europe there is a big gap in the knowledge, research and especially consideration of agricultural landscapes. Therefore the idea of establishing a group that deals with European Agricultural Landscapes came up, considering however not only the so-called “Cultural Landscape”, which is more often the picturesque but also the productive landscape.

Indeed, most of the expertises deal with very famous, well-known or pitoresque cultural sites, some with endangered nature or cultural sites. But what about the largest part of the used land: the agricultural landscapes? They influence our daily life, not only through their production, but also as basis for the peoples’ identity and history. 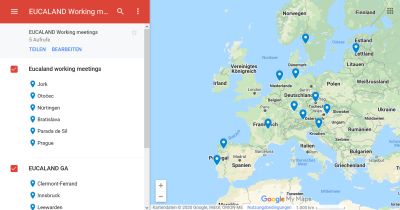